all of your Chimney Sweep & Fireplace Needs!

The National Institute of Fire Safety recommends your chimney be cleaned annually. A chimney sweep is crucial to a safe chimney and to prevent chimney fires. Carolina Pro Sweep uses the best chimney sweep tools in the industry to perform chimney cleanings. We use flexible rods with attached steel brushes specific to the diameter of the flue. We take special attention to the smoke chamber and smoke shelf as this is where the highest concentration of creosote tends to accumulate. To ensure no dust/ash enters your home, we use a high powered, 3-filter HEPA vacuum that captures anything falling from the chimney before it reaches the interior. We will cover the area surrounding the hearth with drop cloths to offer even further protection. We guarantee to leave your home as clean as we find it!

Dangers of Creosote:
Creosote is actually just one of the components in the stuff (aside from the ash) that’s left over when wood is burned.  The whole mix of tar and creosote and soot is commonly called creosote.  The term is almost exclusively used when talking about burning wood.  If discussing soot resulting from burning oil, or even gas, this is just soot and it’s just called soot.  Though the black residue in the chimney from burning wood is called creosote, it is in fact mostly tar.

There are, generally speaking, three types of creosote are found in chimneys and they are usually called ‘stages’ or ‘degrees.’ All three forms are all combustible and should be removed by a professional chimney sweep. 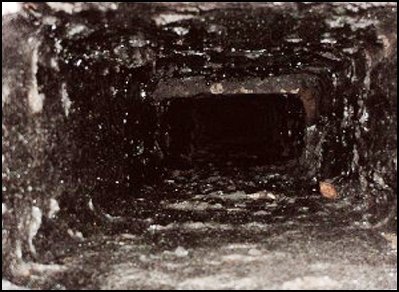 This describes an open fireplace. The burning wood had lots of air for the combustion process and the heat flies up the chimney. These are best conditions for a chimney.

Second Degree Creosote Buildup
Second degree creosote is a bit trickier. This creosote buildup is generally in shiny black flakes. Imagine dry, hard tar corn flakes, and in greater volume than first degree creosote. It’s not as easy to brush away, but still fairly removable. It would be difficult to describe all the situations where 2nd degree creosote develops, but suffice to say it will occur where the incoming air is restricted. This describes woodstoves and fireplaces with glass doors.

Third Degree Creosote Buildup
Third degree creosote buildup is the worst of them all. This occurs when the flue temperatures are low and/or combustion is incomplete. This is common when any of, or a combination of, these conditions exist:

Third degree creosote looks like tar coating or running down the inside of the chimney. It is extremely concentrated fuel. It can get very thick as it hardens and is recoated over and over. An inch thick would be unusual, but it’s not unheard of.

And worse yet is third degree creosote that fills up “chimney fire fluff.” If creosote buildup catches fire in a chimney, maybe it burns away completely but more often it does not. More frequently the creosote partly boils, partly burns and leaves a dried out light-weight “sponge,” often more than 2” thick which is actually very easy to remove. But if it is not removed, new third degree creosote fills that sponge you can have well in excess of 100 pounds of creosote in a chimney.

The first chimney fire may not have damaged the house, but that next chimney fire will be fiercer than the first and exceptionally dangerous. The really tough part is that third degree creosote, in any form, is very hard to remove. 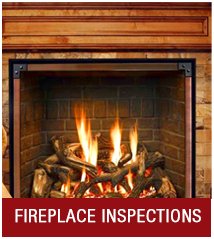 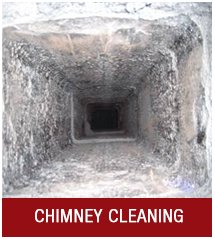 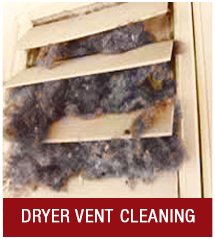 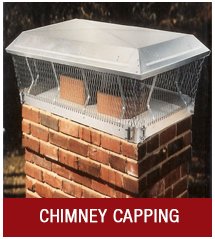 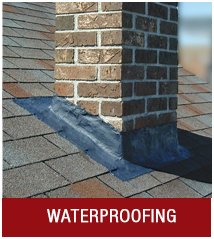